The two Japanese car makers are facing production problems in China, which on Wednesday reported the most new locally transmitted COVID-19 cases since January.

Honda Executive Vice President Seiji Kuraishi told reporters that the company suspended production at its plant in Wuhan on Aug. 3 due to a COVID-19 case cluster that developed at a supplier. He added that the stoppage was not expected to last long.

Toyota has suspended production at one assembly line in Guangzhou that it operates with its Chinese joint-venture partner Guangzhou Automobile Group Co Ltd (601238.SS), a person familiar with the matter told Reuters on Wednesday.

The person, who declined to be named due to confidentiality reasons, could not say when the suspension began, how long it would last, nor which models were affected.

In Thailand too, Toyota, the world’s largest automaker by sales volumes, had to suspend production last month at three factories due to a pandemic-related parts shortage. read more

Nigerians Lose Over N22bn To Imagine Lenders, As Owners Skip…

E-Naira Will Be Available To All Nigerians: CBN

Still, the company maintained its forecast to sell 8.7 million cars in the year ending March 2022 and said sales volumes in the first quarter recovered to near 2019 levels.

Toyota shares fell as much as 2%, and closed down 0.9%, with some investors disappointed that the company had not lifted its profit guidance despite beating a first-quarter market estimate.

Honda, Japan’s No.2 automaker by sales, lowered it sales volume outlook to 4.85 million vehicles from 5 million but raised its full-year forecast after swinging to a first-quarter operating profit that was double analyst expectations. read more

“We made a downward revision of our sales volume outlook due to the COVID resurgence around the world but centred around Asia, as well as the impact from the chip shortage,” Kuraishi told reporters. 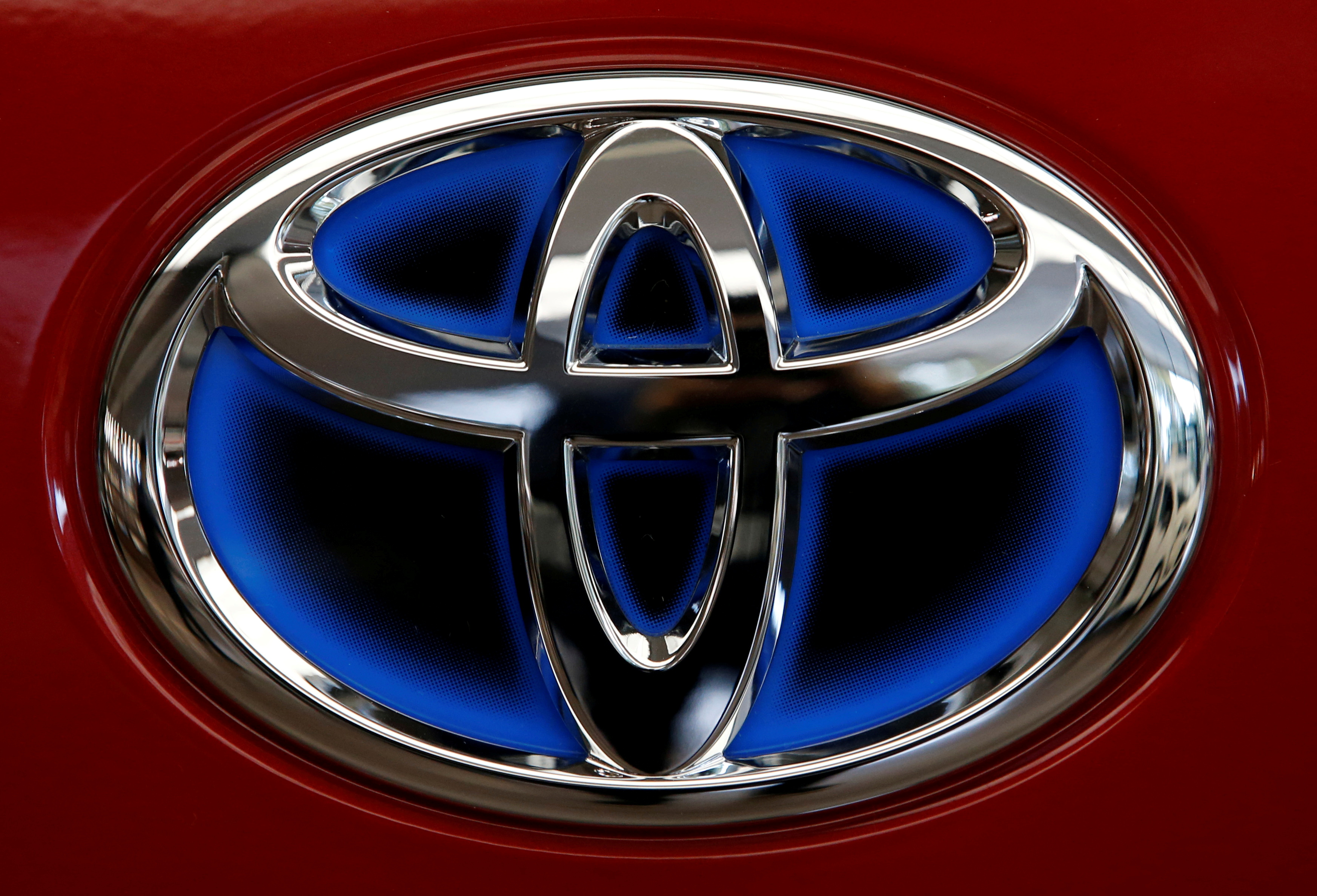 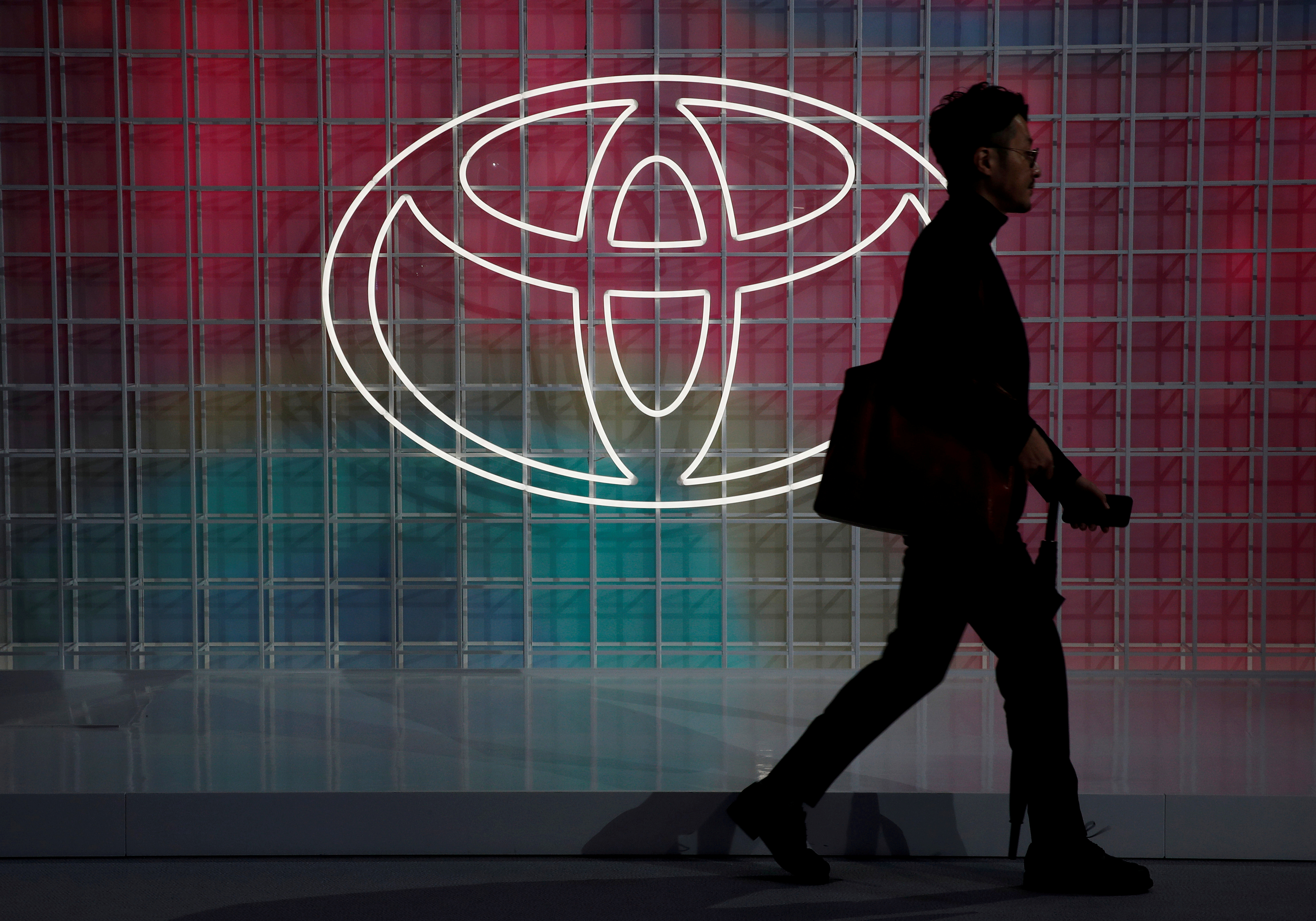 A man walks past a Toyota logo at the Tokyo Motor Show, in Tokyo, Japan October 24, 2019. REUTERS/Edgar Su/File Photo

“Still, we decided to revise up our operating profit forecast for the current year … because we believe we can absorb those negative effects by continuing to cut costs.

“Despite all the headwinds – from the chip shortage, to a COVID resurgence in Southeast Asia, to the slowdown in demand growth in China, as well as a sharp rise in material costs – this was a strong quarter,” said Masayuki Kubota, Rakuten Securities Inc’s chief strategist, referring to Toyota.

Toyota might revise its outlook for the year after the first half, he added.

Toyota has fared better than rivals through the chip crisis thanks to its much larger stockpile of chips.

The Japanese firm benefitted from a business continuity plan developed in the wake of the Fukushima earthquake in 2011 that required suppliers to stockpile chips, Reuters reported in March. read more

BMW (BMWG.DE) and Stellantis (STLA.MI) warned on Tuesday that the shortage will drag on into next year, hitting production and sales even as auto demand booms in markets such as the United States. read more

On Tuesday, General Motors Co (GM.N) said it will shut down several North American plants because of the shortage. read more

Ether Falls 1% Ahead Of Major Upgrade To Ethereum Network

Piggyvest: No User Fund Has Experienced Any Loss Of Any Kind

DPR, PPPRA, PEF Get Scrapped By Federal Government Of Nigeria

Oil Prices Could Be Higher For Much Longer Says Goldman…

Operating Licences Canceled By FG For 2 Oil Firms Over…