Why The Netherlands Pay Its Disabled Citizens To Have Sex With Prostitutes!

Disabled citizens get money from the government as part of the ‘Hookers for the Handicapped’ program. And because prostitution is legal, the gov is boosting both the domestic sex economy and the sexy times of its handicapped.

Sex is seen as a right in the consociational state, and the Netherlands believes everyone should be able to enjoy. 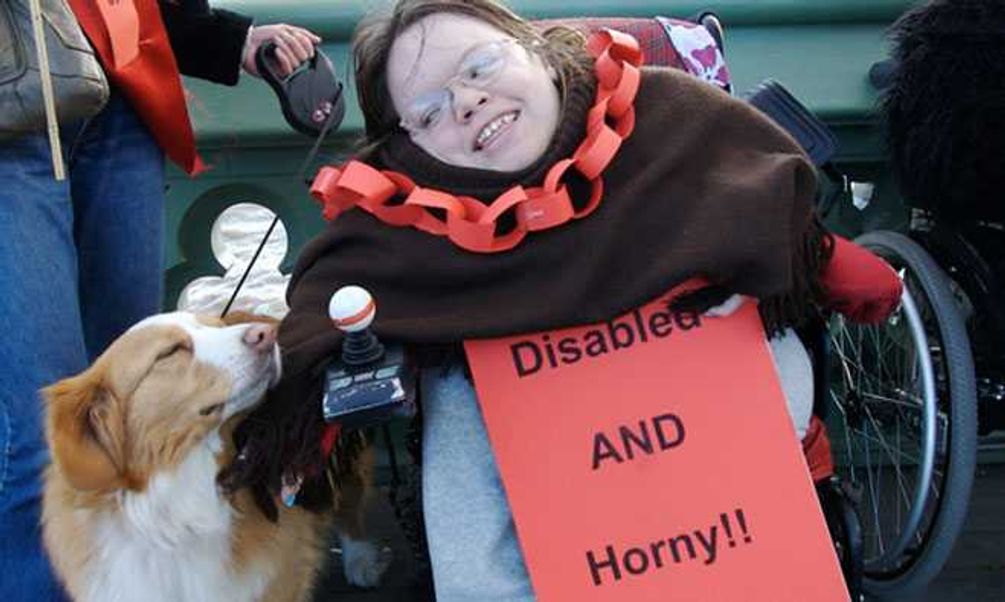 Reports show that this program has significantly reduced depression and suicide rates among the disabled, many of whom have previously never had the chance to get their freak on. Still, not all of the Dutch agree with, or support, the program—some critics claim that the mentally handicapped cannot give consent—and, a mom who arranged for her Down Syndrome son to lose his virginity to a sex worker was branded “disgusting” by critics, with some accusing her of “pimping him out.”

Then, there are those who believe that by making it easier for the disabled to have sex with prostitutes, it makes it more difficult for them to have sexual relationships that are not paid for.

Mik Scarlet, a campaigner in the sexuality and disability movement, told The Guardian, “If you’re growing up as a disabled child or someone who’s just come to disability, how does that affect how you feel about yourself? I don’t want a world where it’s easier for disabled people to visit sex workers, I want a world that sees disabled people as sexual and valid prospective partners.”

However, British prostitute, Amanda Smith, agrees with the policy, arguing that “sex is a need, like food.”

“For some men, the only touch they’ve ever had is their mum bathing them,” she says. “I’ve lifted grown men who weighed less than a 5-year-old from their wheelchair to the bed, and then back again, fully dressed for the takeover by carers or family.

“Sex is a need, like food. If you can’t quell it, it should be taken care of. It’s cruel not to.”

It’s unlikely Great Britain will be following in the Netherlands’ footsteps anytime soon though—in true British style, the UK is still a little squeamish when it comes to the subject of S….E….X….. and, is often criticized for its confusing and outdated laws governing the sex industry.

In British law, paying and receiving money for sex is not against the law, but it is illegal to solicit in public places and to own/manage a brothel…. making it a little trickier for sex workers to peddle their services.

That said, business is booming, in 2014, the Office of National Statistics claimed the estimated 60,879 prostitutes working in Britain contribute a whopping $8.16 BILLION a year to the UK economy—however, as import.io points out, that figure only includes female prostitutes, and when you add in estimated earnings from male sex workers, the number swells to $13.60 BILLION.

Well, they do say that sex sells.

South Africa Mobiz Raise $4 Million In Pre-Series A Round

Senate To Mandate Bill For Bank To Demand TIN

There’s No Reason Why Ford Shouldn’t Break Above $20, Trader…