Unilever, whose brands include Dove, Ben & Jerry’s and Hellmann’s, said Friday it will halt advertising on Facebook, Instagram and Twitter in the U.S. at least through Dec. 31.

The consumer products giant has spent more than $11.8 million in the U.S. this year on Facebook, according to marketing analytics firm Pathmatics.

“Given our Responsibility Framework and the polarized atmosphere in the U.S., we have decided that starting now through at least the end of the year, we will not run brand advertising in social media newsfeed platforms Facebook, Instagram and Twitter in the U.S.,” Luis Di Como, EVP of Global Media, said in a statement.

“Continuing to advertise on these platforms at this time would not add value to people and society. We will be monitoring ongoing and will revisit our current position if necessary.”

The London-based company said it will maintain its planned media investment in the U.S. by shifting to other media. Its more than two dozen brands include Breyers and Ben & Jerry’s ice cream, Hellmann’s mayonnaise, Lipton and Pure Leaf teas and consumer staples like Dove products.

“We are actively engaging with all digital platforms to make meaningful change and impact trust and transparency,” the statement said. “We have made substantial progress, and we acknowledge the efforts of our partners, but there is much more to be done, especially in the areas of divisiveness and hate speech during this polarized election period in the U.S.”

In the week since a group of organizations called on Facebook advertisers to pause their ad spending during the month of July, more than 90 marketers including Verizon, Patagonia, REI, Lending Club and The North Face have announced their intention to join, according to a running list from Sleeping Giants. The group of organizations includes the Anti-Defamation League, the NAACP, Sleeping Giants, Color of Change, Free Press and Common Sense.

The organizations said they’re asking Facebook to more stringently police hate speech and disinformation by taking a number of actions, including creating a “separate moderation pipeline” for users who say they’ve been targeted because of their race or religion, or to let advertisers see how frequently their ads appeared near to content that was later removed for misinformation or hate, and allow them refunds for those advertisements.

American Honda released a statement Friday, saying it would also pause advertising for Honda and Acura.

“For the month of July, American Honda will withhold its advertising on Facebook and Instagram, choosing to stand with people united against hate and racism,” the company said. “This is in alignment with our company’s values, which are grounded in human respect.”

Procter & Gamble, another major Facebook spender, said earlier this week it is reviewing all media channels, networks, platforms and programs it advertises on “to ensure that the content and commentary accurately and respectfully all people, and that we are not advertising on or near content we determine to be hateful, discriminatory, denigrating or derogatory.”

“As part of that, we’re working with media companies and platforms to take appropriate systemic action where needed,” P&G chief brand officer Marc Pritchard said. The company, reached for comment, declined to specifically comment on Facebook. 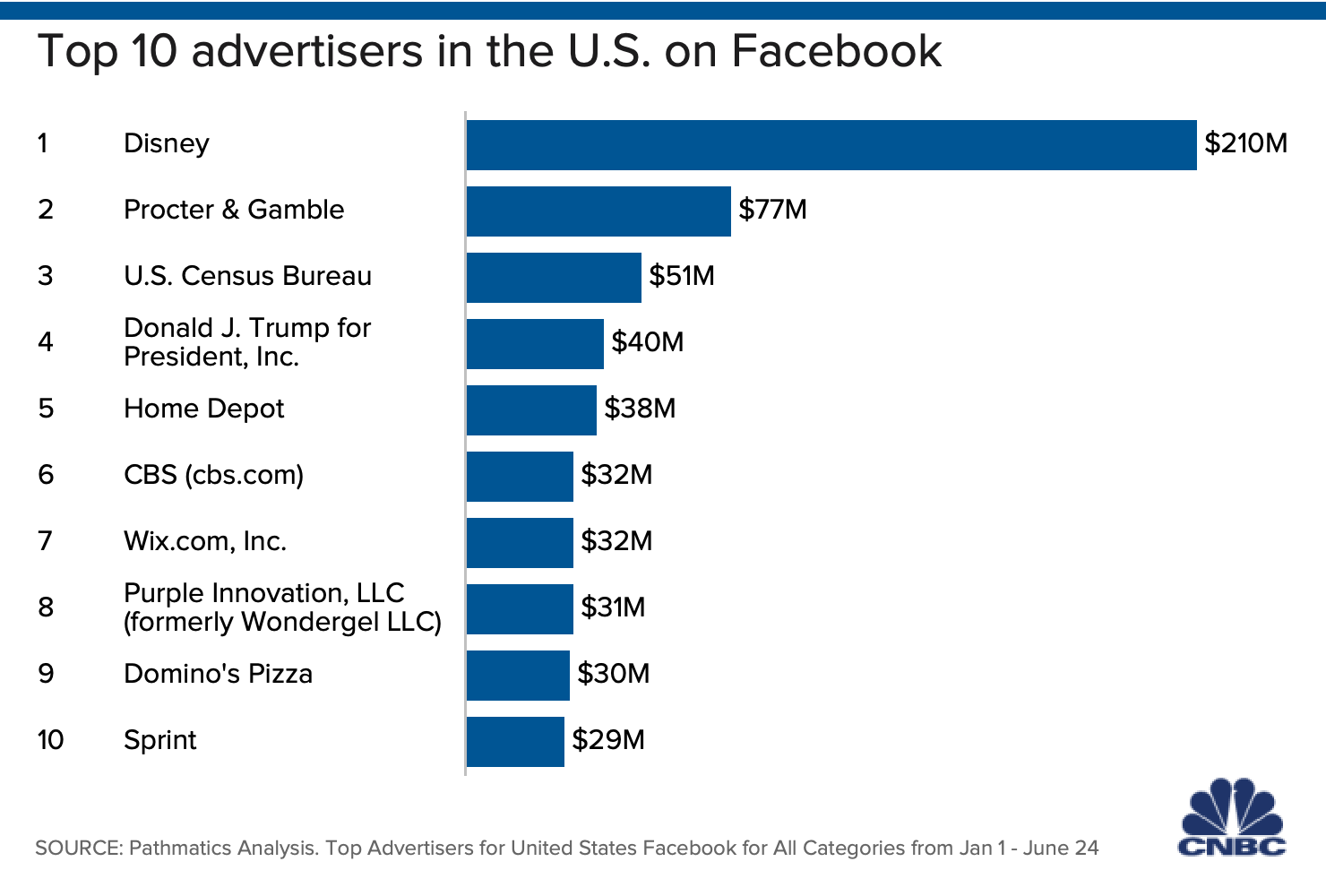 Last year, Facebook brought in $69.7 billion in ad revenue globally through its millions of advertisers. The company said earlier this year it has more than 8 million advertisers.

“We invest billions of dollars each year to keep our community safe and continuously work with outside experts to review and update our policies,” Facebook said in a statement Friday. “We’ve opened ourselves up to a civil rights audit, and we have banned 250 white supremacist organizations from Facebook and Instagram.

“The investments we have made in AI mean that we find nearly 90% of Hate Speech we action before users report it to us, while a recent EU report found Facebook assessed more hate speech reports in 24 hours than Twitter and YouTube. We know we have more work to do, and we’ll continue to work with civil rights groups, GARM, and other experts to develop even more tools, technology and policies to continue this fight.”

During a livestream on Facebook, CEO Mark Zuckerberg said he intends to discuss “new policies to connect people with authoritative information about voting, crack down on voter suppression, and fight hate speech.” He did not directly address the advertiser boycotts.

In a recent memo to advertisers obtained by CNBC, Facebook’s VP of global marketing solutions, Carolyn Everson, said “boycotting in general is not the way for us to make progress together.”

“I also really hope by now you know that we do not make policy changes tied to revenue pressure,” she said in the memo. “We set our policies based on principles rather than business interests.”

“We have developed policies and platform capabilities designed to protect and serve the public conversation, and as always, are committed to amplifying voices from underrepresented communities and marginalized groups,” she said. “We are respectful of our partners’ decisions and will continue to work and communicate closely with them during this time.”

Color of Change, an organization provides online actions and in-person events for people to stand up to racial injustice, praised Unilever’s announcement.

“As one of the largest spenders on Facebook’s platforms, Unilever’s decision to halt advertising and commit to our #StopHateforProfit pledge brings us a huge step forward in holding Facebook accountable for enabling hateful, denigrating and discriminatory content against Black people,” said the group’s president, Rashad Robinson. “Facebook leaders should understand the gravity of this movement for civil rights and take urgent steps to remedy its harms, including implementing a permanent civil rights infrastructure. Facebook cannot afford to look away anymore.”

Zuckerberg Says Facebook Will Prohibit Hate Speech In Its Ad

Egypt’s Economy Suffers From A Dollar Shortage As…

Emefiele Asserts That There Is No Law Requiring CBN To Give…

CBN Increases MPR To 15.5% In A Determined Effort To Control Inflation.

Interest Rates Will Rise, According To MPC Analysts

Adobe To Buy Figma For $20bln.

Nigeria Collaborates With India To Produce The Covid-19…